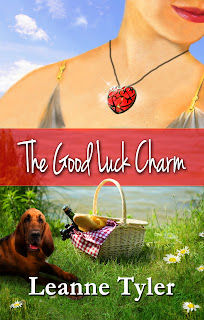 When I first started writing The Good Luck Charm, I didn’t own a dog. In fact, I hadn’t had a pet of my own since I was in elementary school. My first dog was a white Spitz we named Penny. She was fluffy and white, with a black button nose. I can still see her in my mind. And I recall pictures of her and me (as a toddler) sitting in the oversized rocking chair at my grandmother’s house. Penny was with me from the time she was a pup until I was in fifth grade when she died. That’s a pretty long life for a dog.

So what made me think I could write about a dog and make him an important secondary character in a story? I’m not sure now, but my critique partners who owned dogs repeatedly pointed out that he should do this or he’d do that, and what about this.  I learned quickly I needed to do my research. I needed to remember what it was like to own a dog. I also began observing a friend’s basset hound and I modeled Duke after the lazy dog in the television series The Beverly Hillbillies. When I pictured my dog for the story, I thought of that dog. This helped.

As I did revisions and prepared my story for publication this year, I can proudly say I am a dog owner again. I have been for the last seven years so I was able to add a personal knowledge to Duke that I have from my own very special little girl, Rocke. 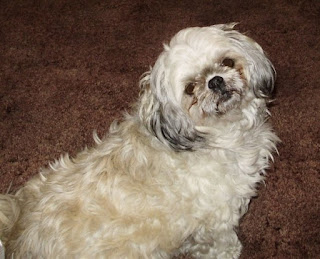 She’s a shi tzu and I let my son name her before she was born. We were expecting a male pup, but the litter was all female. Rocke was the runt of the litter, yet looking at her now and seeing what she weighed at her last check up (a whopping 17.1 lbs.), you would never know it. Her father only weighed 11 lbs. when she was born and the breeder thought he was large so she didn’t really expect Rocke to get much bigger than that. Little did she know Rocke likes to eat homemade biscuits! She’s a southern dog through and through.

But back to Duke and making him an authentic character. As you see from the cover, my graphic designer did an awesome job bringing him to life. I couldn’t have described him better if I had tried. In fact, all I told her was that I needed a bloodhound on the cover. And she found the perfect one. By the way, if you enjoy Duke in The Good Luck Charm, you’ll see him again in The Good Luck Spell and The Good Luck Potion. (In fact, and this is on the QT, I wouldn’t let Lucinda know, but I think Duke is the real good luck piece for these couples instead of the charm.)

You ask, who is Lucinda? Oh, she’s the Cajun Jazz singer from the Louisiana bayou who practices voodoo. Not the evil kind, but the love kind. What charm? The gris-gris Lucinda gives Keely to wear. What’s a gris-gris? An amulet with an incantation or love spell attached to it.

If you'd like to become acquainted with Duke and the other cast of characters, check out my buy links below.

About The Good Luck Charm, a Sweet Romance:
Keely Jones believes all she wants in life is a successful advertising career and a corner office. However, that all begins to change when she bumps into a Frisbee player while jogging with her dog. When she’s given a good luck charm she’s skeptical about the magic of true love or finding her soul mate. But when things start to heat up between her and Darren, can she truly ignore it? Or will he be the one man who can ruin her career?

Darren Wright has returned to Knoxville to regroup and to join his sister’s advertising agency. He isn’t looking for anything major to happen in his life, yet when he bumps into a cute brunette and her dog, things begin to change. He’s soon promoted to Creative Director and falling for Keely. How can he tell her he works for an opposing firm? And if he doesn’t, will he risk losing her for good? 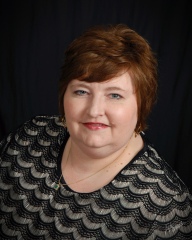 Award winning author, Leanne Tyler lives in the South and her writing reflects her heritage. She writes sensual Southern romances whether historical or contemporary. Leanne’s debut release Victory’s Gate was the 2007 American Rose winner of the Through the Garden Gate contest and was released electronically by The Wild Rose Press in December 2007. Finally in December 2009 the Through the Garden Gate Anthology is available in print and includes the four winning entries.
Stepping into the Contemporary circle, she debuted with her Class of ’85 Reunion story It’s Always Been You in August 2011. And her first full-length novel Season of Love (Nov. 2011) is a time-travel set in 1850 Charleston, SC. A recent release A Country Kitchen Christmas (Feb. 2012) is a light inspirational romance. Her first indie-publication, The Good Luck Charm is a romantic-comedy (May 2012).

Currently she has two upcoming releases from The Wild Rose Press. A short story, Ava is a sweet romance set in the pastoral country side of Georgia in 1836 and Because of Rebecca a full-length novel to be released in print is set in the deep South prior to the Civil War. She invites readers to step into her world and enjoy the passion.

My Sweet Contributions to The Corner Cafe: A Tasty Collection of Short Stories 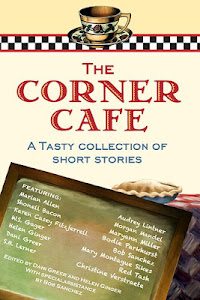 Just wanted to mention that my short story contributions to The Corner Cafe: A Tasty Collection of Short Stories are definitely in the sweet category.

In What Nice Blessings, tragedy strikes a young adult, testing her courage and teaching her the value of friendship.

The Closing of the Corner Cafe describes the rise and fall of a cherished eating establishment.

You'll hear more about these stories when I guest post at Helen Ginger's blog on June 14 at http://straightfromhel.blogspot.com/

If you can't wait, here's the link to the collection: http://amzn.com/B0085YDO7E

Lots of diverse stories from 15 authors to suit every taste.

Morgan Mandel, the owner of this blog, is a past president of Chicago-North RWA, past Library Liaison for Midwest MWA, belongs to Sisters in Crime and EPIC.

Excerpts and buy links to her full length novels are at http://morgansbooklinks.blogspot.com/