For our Sweet Romance Readers --
Here's your chance to get a free copy of Her Handyman, a romantic comedy chick lit featuring a hardworking guy, a zany artist and a crazy dog. When Jake the handyman answers a frantic call in the middle of the night about a bathroom flood, little does he know his perfectly laid out life is about to be disrupted!

Mark your Calendar for March 1 through March 3 and get your freebie copy of Her Handyman at:

When You Are Clueless, You can Still Find Love, says Leanne Tyler

When my editor asked me to write a novella for the Love Letters series I agreed. She told me about this a few months before the actual call for submissions went out so I began trying to come up with a story idea. After a few attempts at it, I found I was getting nowhere. This was frustrating, but I finally had inspiration hit while watching adaptation of Emma by Jane Austen. I had always loved that story. I even liked the teen flick Clueless with Alicia Silverstone. At first it wasn’t the matchmaking schemes of Emma that attracted me to the films. It was Emma and Mr. Knightly or Cher and her older step brother once removed. In other words, it was the potential for romance between the characters that drew me into the story.

However, that isn’t what inspired me when I tried to write my Love Letter story. It was the matchmaking. I thought what if Ava did the same thing and what if John tries to stop her. And what if John is secretly in love with Ava, but she is too clueless to notice? And then there was the character of Miss Jane Tippens. She was the perfect lamb for Ava to meddle in her life. I even heard Toni Collette’s voice in my head as Harriet Smith every time Jane spoke. (Yes, I hear voices in my head when I’m writing. I think most writers do!) I had lots of fun writing this American inspired story. And I hope you will enjoy reading it too.

What is Ava About?

Ava Monroe loves matchmaking and even though she promised her best friend John she'd stop, she can't. Determined to find her new friend Jayne a suitable mate, Ava even contemplates matching her with John.
John Franklin wishes nothing more than to marry Ava, but she is too engrossed in her mischief to see his love. Taking matters into his own hands, John attempts to foil Ava's match for Jayne by proving love is better left to fate than a matchmaker.

Can a clueless matchmaker and a literary scholar find happiness when she breaks her promise to him? 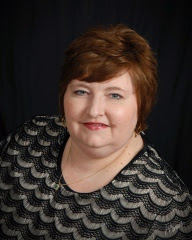 Award winning author, Leanne Tyler lives in the South and her writing reflects her heritage. She writes Sweet and somewhat Sensual Southern romances whether historical or contemporary. Leanne's debut release Victory's Gate was the 2007 American Rose winner of the Through the Garden Gate contest and was released electronically by The Wild Rose Press in December 2007. Finally in December 2009 the Through the Garden Gate Anthology became available in print and includes the four winning entries.

Stepping into the Contemporary circle, she debuted with her Class of '85 Reunion story It's Always Been You in August 2011. And her first full-length historical novel Season of Love (Nov. 2011) is a time-travel set in 1850 Charleston, SC. A recent release from Books to Go Now A Country Kitchen Christmas (Feb. 2012) is a light inspirational romance. In May and August 2012 the first two books of The Good Luck Series was released from Amazon The Good Luck Charm and The Good Luck Spell. Ava, a novella in the Love Letters Series was released in November 2012.
She invites readers to step into her world and enjoy the passion.
Author website/blog site:  http://www.leannetyler.com
Twitter: @LeanneTyler
Facebook: www.facebook.com/pages/LeanneTyler 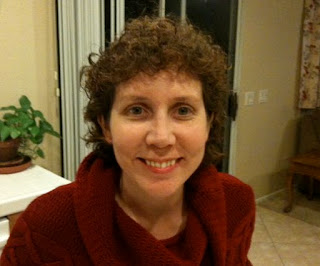 If You Could Speak a 2nd Language...By: Stephanie Burkhart
If you could learn another language…
Growing up, I always wanted to learn French. My hometown, Manchester, New Hampshire, is the 2nd largest French speaking city in America. (New Orleans is #1). I love listening to French being spoken. The accents and words have such a natural flow and graceful feel to my ear. I took 3 years of French in high school and I wish I could have taken more.
I have to say my high school offered a wide variety of languages, too. There was German, Spanish, Latin, and Greek.
I have a lot of respect for those who can speak a 2nd language. It requires a talent, a tenancy, a passion for learning, and a dedication that I admire.
For my day job, I work for LAPD as a 911 dispatcher and we staff 4 dedicated lines for Spanish, so if we have a person calling in who only speaks Spanish, we can transfer them to our Spanish lines. Our Spanish interpreters are sharp, witty, have a sense of humor, but also caring, sensitive, and kind – very well rounded if you ask me.
That's how I envisioned my interpreter, Sofia, in "A Polish Heart." She's kind, caring, and sharp. She adores her family and loves her country. When Sofia meets Darrin, she wants to do a good job interpreting for him. Her wholehearted honesty shines through and that's an inner quality, which Darrin can't help but be attracted to.
Question: If you could learn a 2nd language, which one would it be? Why? 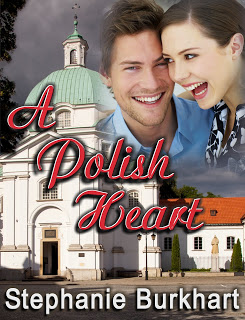 A Polish Heart Answers the Question:

Will Sofia's faith give Darrin his heart back?

Enjoy this Excerpt:
The train came to his stop. He walked up the stairs and found Sofia waiting for him, her auburn highlights shining in the sunlight. Her face glowed like a rare gem.
"Hi."
"Hi, yourself," she replied. The warmth of her smile echoed in her voice.
Darrin fell in step beside her and pointed to a busy market square filled with retail shops.
"So, why do you want a prepaid phone?" she asked. Her chocolate eyes sparkled up at him.
"Well, I want something local so you don't have to make an international call to reach me."
"Me?"
"I'd like for you to be able to call me, and I thought it would be smart to put the construction company's number in there as well."
"All right." She paused. "Do you like veal?"
"I do."
"Mama's making breaded veal chops for dinner. She wants me to stop by the local market for a fresh loaf of bread and vegetables. Do you like peppers and corn?"
"Yep."
"Papa also wants me to buy a bottle of his favorite vodka so he can share it with you."
"Really?"
"Interestingly, you have his approval."
"I do? How did that happen?"
"I suspect he was very impressed with the fact you opened the door for me last night."
"I was just being a gentleman."
"Papa says there aren't very many gentlemen left in the world."