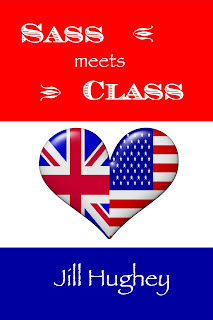 Conversation gets pricklier than a cactus and desert temperatures are bound to rise when American common sense meets British nobility in 1880s Arizona Territory.
We are all feeling patriotic with the Olympics in full swing and the flash of Independence Day fireworks still bright in our memories.  With an American heroine and British hero, Sass Meets Class is a sweet historical romance perfect to keep you in the summer mood.  Both heroine and hero are ready to assert their independence.  Might a blossoming friendship mean they could become independent together?
Susan Mellott doubts there is much substance to the Englishman who has been traveling west with her family.  When two Apaches threaten the wagon and her Pa has gallivanted ahead as usual, Susan fears she may have to defend herself and her sister alone.  She soon learns that the fancy-talking, boot-polishing Alexander Dorcester knows how to handle a gun.  Their paths part in Gateway, and even though Susan knows he will be visiting his parents just five miles away, her family's new general store requires so much attention she mostly forgets about the Redcoat.  Until he arrives to do some shopping with his oh-so-proper mother.  He returns alone the next month, then again the week after, and the week after.  Not sure of his intentions but certain of her own interest, Susan decides to encourage Alex a little.  Next thing she knows, he's bolted for England.
Or has he?  An unexpected letter from Wyoming brings both hope and despair to Susan.  Does she dare to keep dreaming about her British viscount?  Time and distance and secrets cannot end a friendship meant to be love.
Sass Meets Class is a dose of small-town life, complete with an old coot on the general store porch and it was a refreshing story to write.  It is completely different from my other books that are set in Europe in the 830s (yes, that is eight hundred thirty) and are definitely spicy.  I really enjoyed the light-heartedness of Sass Meets Class and I admire Susan's spunk.  The biggest writing challenge was keeping Alexander and Susan "alive" to each other when he is in Wyoming.  I used an unexpected stand-in for Alex and a few letters to keep the conversations and emotions flowing.   When he finally returns he knows exactly what he wants but learns that Susan has not been waiting around for him to deliver her happily-ever after! 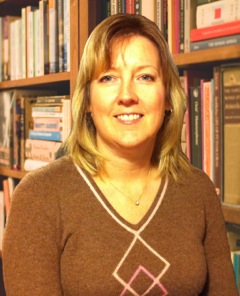 When I'm not writing, I work part-time as a business administrator and I take voice lessons.  Most important, I take care of my hubbie and two teenaged sons.  Football practices have begun so I will be happily typing away on a laptop most evenings until October!

Thank you to Sweet Not Spicy for having me here today.  Sass Meets Class is available as an ebook on Amazon, B&N, Smashwords, and in print on Createspace and at the Amazon link.  I can be found on Facebook at http://www.facebook.com/jillhugheyromance and you can follow me on Twitter @jillhughey.

Please welcome Jill Hughey to Sweet Not Spicy by leaving a comment below.
Posted by Morgan Mandel at 8:41 AM 6 comments:

Many of our guests are busy enjoying the summer, as I assume many of you are doing as well. A few schedule changes have been made because everyone's so busy. To date, our next guest will be Jill Hughey on July 31, then Deborah Grace Staley on August 7.

In the meantime, enjoy your summertime, and try to keep cool! We've got 100 degrees here in Illinois today!!!
Posted by Morgan Mandel at 6:31 PM No comments:

Debra Holland Proves That Sweet Is In!


At Last: Sweet Stories Come Into Their Own
by Debra Holland

I wrote my first novel, Wild Montana Sky, around 1998-2000. I wrote it as a traditional romance, the type I liked to read. At the time, New York publishers were still buying sweet books. The book won the Romance Writers of America Golden Heart award. On the strength of the GH win, I was able to interest an agent.

By the time my agent starting submitting Wild Montana Sky to publishers, the historical market, especially for Westerns started to decline. Sexy books became more and more popular, and within a year or two, publishers stopped acquiring sweet stories. WMS started building up a nice pile of rejections.

In the meantime, I changed genres and wrote a fantasy romance, Sower of Dreams, the first book in a trilogy. This one also wasn’t sexy. Although Sower finaled in the Golden Heart, my agent also couldn’t sell this trilogy. After a few years, he stopped trying, and I left him.

Agent number two loved Sower of Dreams and was sure she could sell it. She also tried to sell Wild Montana Sky. Because she had a good knowledge of the inspirational market, she also tried revising WMS into an inspirational. The book already had some inspirational elements. The characters went to church and sometimes prayed when things were tough. My agent had me beef up those aspects.

I balked though when it came to chopping up a moonlight swim scene, where on a sweltering night, the heroine and hero accidently found themselves at the swimming hole. Although nothing happened but a kiss, the scene simmered with sexual tension, and (in my opinion) was beautifully written. My agent’s suggested edits took the life from the scene. I refused to turn the book into an inspirational. She wasn’t pleased with me, but I had to stay true to my vision of the story.

So my books languished unsold. I intuitively believed that there was still a market for sweet/traditional books. Many romance readers will read all heat levels, from sweet to spicy. Others don’t want spicy at all. I believed those readers of traditional books might have stopped reading romance because their choices were either spicy or inspirational.

Over the years, I had a chance to talk to editors at conferences about sweet books. In the conversations, they often agreed with me about there being a sweet market. But the problem was how to find those readers, especially if they’d stopped reading romance.

Fast forward to the Amazon Kindle and later other ereaders, such as the Nook. All of a sudden readers could easily find the types of books they wanted and immediately download them. Self-publishing became a viable option instead of a shameful choice. In April of 2011, I self-published Wild Montana Sky and Starry Montana Sky. In January, book three, Stormy Montana Sky went live. My Montana Sky series really took off, selling about 95,000 in the first year. In April 2012, Wild Montana Sky made the USA Today Bestseller list.


About Wild Montana Sky – 2012 USA Today Bestseller
With the tragic death of her fiancé, Elizabeth Hamilton believes she’ll never love again. The comfortable life she’s settled into with her brother in Boston is upset when he abruptly marries. Displaced by her spiteful new sister-in-law, and hoping to find a home for herself, Elizabeth allows handsome cowboy Nick Sanders to escort her from Boston to her friend’s Montana ranch.

In Montana, Elizabeth meets attractive Caleb Livingston, a wealthy banker who strongly resembles her beloved fiancé, and hopes she has a second chance at love.  Yet, she has to fight a growing attraction to Nick. In braving the dangers and hardships of the West, Elizabeth discovers unexpected strengths within herself--strengths tested when an influenza epidemic ravages the town. As a child’s life hangs in the balance, Elizabeth must choose between the man who has everything, and the one with nothing but his heart to offer.

About Sower of Dreams -

On the run from a death threat, Khan Laenser stumbles across a secret desert shrine where he is sent by the goddess Withea to an ancient world to reclaim the wasted land that was once a flourishing civilization.When a spurned royal suitor invades her country, killing her family, and sacking the capitol, Princess Daria flees into the wilderness, only to fall prey to a pack of marauding beasts. When Khan rescues her, they fall in love, joining forces to defeat their enemies. But will his vow to the goddess and her royal responsibilities tear them apart?
Andre Norton says, “Desert and Sea both provide vivid backgrounds for action and real emotion in Sower of Dreams—outstanding and well-presented fantasy, which will keep the book in one’s hands, eyes on the page—a GOOD READ.”
Kindle Link: Sower of Dreams: http://amzn.com/B005FA30V6
About Debra Holland, Ph.D

Debra Holland is a three-time Romance Writers of America Golden Heart finalist and one time winner. She is the author of the self-published books, Wild Montana Sky, a sweet, historical Western romance, and its sequels, Starry Montana Sky, and Stormy Montana Sky as well as the first two books in The Gods’ Dream Trilogy, Sower of Dreams and Reaper of Dreams. In her first year of self-publishing, she sold almost 97,000 books, and Wild Montana Sky made the USA Today Bestseller list.
Website:  http://drdebraholland.com
Kindle - Wild Montana Sky: http://amzn.com/B004YKZCD2
Kindle - Sower of Dreams: http://amzn.com/B005FA30V6
Please welcome Debra Holland to Sweet Not Spicy by leaving a comment.