Larion aka Larriane Wills - Writing from the past into the future

Multi-genre, multi-named, Larion Wills aka Larriane Wills writes from the past into the future. With strong characters, no matter the setting, she drags you into intricate plots in genres you didn’t think you liked before with a fast moving style that keeps you reading. Visit her at her website to keep abreast of previously published and those coming.

Read her fascinating post below about stories in her family.


Family stories, as told by Larion aka Larriane Wills
I had a great uncle who could not only recite numbers of all the Civil Wars battles but enthrall me with some funny, interesting, and scary stories of his own. Add those to stories told to me by his sister, my grandmother, and I was hooked.
I think one of my favorites out of all of them was great, great, great—I think that’s enough greats—grandpa. When he was born back in the Civil War period, his mother fell down a flight of stairs, causing his birth to be premature. The doctor set him aside to attend to his mother, saying, “This one will never make it.” A cousin to his mother was there and asked if she could have him. Obviously, since he was my great, great, he survived. By all odds, he should, as the doctor said, have never made it. His mother didn’t. Cousin Selina kept him in a shoe box on top of a hot water bottle. I saw one of his baby dresses, not even eight inches long. Considering they made baby dresses about two feet long then, you can imagine how small he was.
I wish now I had gotten more stories and had written down those I’d been told. All those elders are gone now and the stories with them. Whenever I read a historical, or any novel for that matter, I always wonder how many authors incorporate a little bit of family history or personal experience in the stories they write. In Mourning Meadows, I didn’t any family history. I did include a scene of a wild ride my husband and I took down a mountainside when our brakes went out. As Edward says in the book, “What a rush.”
Discovering  ‘family’ stories in Mourning Meadow put Kari into shock, Caroleigh also. Neither of them enjoyed them the way I did those from my elders. Poor Steven and Edward got caught up in the fall out. 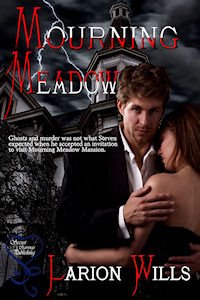 What her Sweet, Discreet Mourning Meadow contemporary romantic suspense is about:
Knowing he’d have to dodge Caroleigh’s advances, Steven still jumped at the chance to see the Mansion. From the first moment he saw the sister, Kari, she fascinated him. With too many coincidences, he knew something was off before the first attempt at murder. Was Kari the target or perpetrator?
Website:
http://www.larriane.com/
Amazon Link: http://tinyurl.com/89azjc8 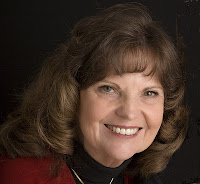 Lorna Collins was raised in Alhambra, California. She attended California State College at Los Angeles as an English Major and was on the Dean's List. She and her hustand and writing partner, Larry, have been married for over forty-six years and have one daughter, Kimberly.

Lorna is here to tell us about a topic dear to her heart, and to share a book in which she is a contributor.
I Love Fairy Tales
I’ve adored fairy tales since I was a little girl, and they may be one of the reasons I write sweet romances.
I had several collections of them, and my mother read the stories to me at bedtime. The only one I didn’t like was Hans Christian Anderson’s “The Little Mermaid” because it had such a sad ending. The first time I heard it, I cried and cried, and forbade Mom to ever read it again. Years later, I reread it, and still found the ending tragic. When Disney released the cartoon version, I was delighted with the revised happy ending.
Of all the stories, I loved “Cinderella” the most. It was probably because I related so strongly to her.
My father died when I was seven, leaving only enough money to bury him. Mom was left to raise my younger brother and me by herself as a single mother in an era when there were few of those. It was several years following my dad’s death before I actually knew anyone else with only one parent.
Mom had to go to work in order to provide for our basic needs, so I became responsible not only for myself, but also for my brother and many of the household chores.
By the age of twelve, in addition to the other tasks around the house, I had sole responsibility for meal planning, grocery shopping, and cooking. That had to be accomplished on an extremely limited budget.
Until I was married, I wore nothing but hand-me-down clothes, and few of them. There was rarely enough money for extras. A special meal eaten out was a hamburger from McDonalds perhaps once a month. The first real sit-down restaurant I can remember going to was when my aunt and uncle took us to dinner to celebrate my sixteenth birthday. I’d never felt so awkward. I had no idea what to do or how to behave.
I first spotted my own prince across an empty schoolyard when I was about ten. I recently shared that memory with Larry, and he immediately incorporated it into the story of Tiffany in his latest book, Lakeview Park.
He was my first date at age fourteen, but we went out with other people until I was seventeen when we began dating again. We married the week after my nineteenth birthday, and I’ve never regretted that decision. In fact, the license plate holder on my convertible reads: “DON’T BOTHER ME, I’M LIVING HAPPILY EVER AFTER.” And it’s true.
He wasn’t rich, but he certainly was—and still is—very handsome. And I never took him for granted. I was all too aware of just how tenuous life can be.
We have shared an amazing life for over forty-six years, traveling the world, making friends, and laughing a lot.
Even during the past year, filled with the loss of so many family members and close friends, I am still able to focus on the blessing of having known them.
My brother, the world’s greatest pessimist, always grumbles that I see the glass half-full. He’s wrong. I usually see the glass filling to overflowing.
How did I learn to expect happy endings? From Cinderella, of course.
Lorna Collins
http://www.lornalarry.com/

Lorna is a contributor to the SWEET, DISCREET* anthology called Directions of Love, a 2012 EPIC ebook award winner, where she wrote the Prologue, Epilogue and "Finding Love in Paradise." Here's what her contributing story is about:

Finding Love in Paradise by Lorna Collins
When Kimi McGuire goes to Honolulu to discover her Hawaiian roots, she also finds Jason Nakagiri, a good-looking Hawaiian surfer who steals her heart. But is he truly the love of her life or just her dream of a soul mate?

Please leave a comment to welcome Lorna to Sweet Not Spicy.

*Readers and Authors, Note the Guidelines for Sweet, Discreet designation in the Sunday, Jan. 22, 2012 post here.

http://lornacollins-author.blogspot.com/
Posted by Morgan Mandel at 5:00 AM 8 comments:

I've had a few authors ask me if their books would qualifty to be included here, so maybe this will answer their question.

Accepted are Romance and other Fiction following one of the two guidelines below. For clarification to readers, each author should designate which one it is.

Sweet - Attraction to a member of the opposite sex, feeling good about being with that person, wanting to pursue or continue a relationship, sweet kisses, putting an arm around that someone, but not going any further in the sex department.

Sweet, Discreet - Feeling an attraction to a member of the opposite sex. If it's followed through, it's either understood to be behind closed doors; or, if it's mentioned in the here and now, no graphic and/or overly long details dwelling on body organs and body responses.
Posted by Morgan Mandel at 11:31 AM 1 comment:

Why We Have Sweet Not Spicy

Call me old fashioned. In some ways I am. I love to read and write sweet, not spicy books.

I know there are other readers and authors who share my preference.That's why I created this blog.

I'll be featuring not only my books, but also others not containing explicit sex scenes. That's not to say I don't believe in sex. I just don't like it explained so graphically. I already know how it works.
If you've written a book which falls into the sweet category, or know of someone who has, please leave a comment here. Also, leave me an email at morgan@morganmandel.com with Sweet Not Spicy in the subject line, if you wish to have your book featured.